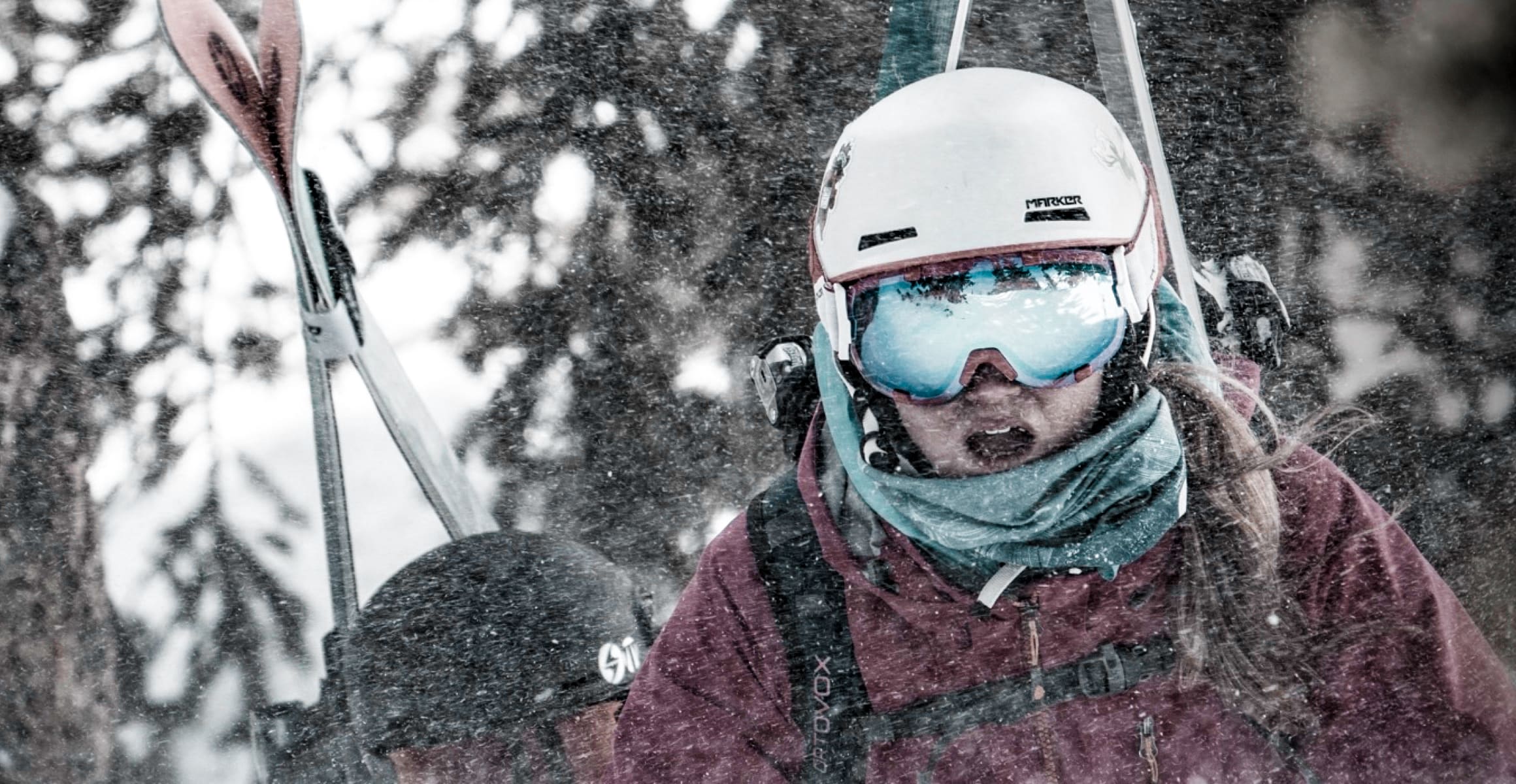 DO WHAT
SCARES YOU 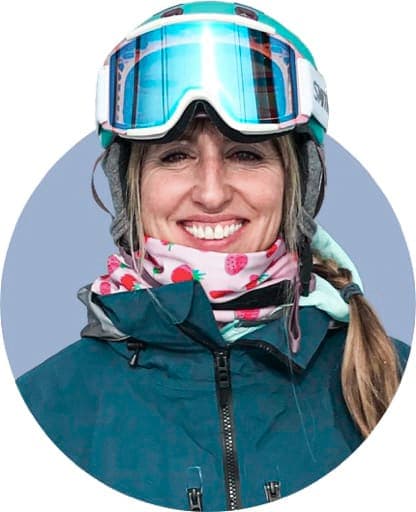 Fear is an integral part of skiing. Here’s how to push through it

Google “how to overcome your fear” and you get a litany of articles about deep breathing exercises and visualization.

But when you’re peering over the edge of a cornice and all you can picture is your own body tomahawking down the chute like the little ice balls you’ve kicked off below you, that advice seems about as useful as bringing an umbrella out into a hurricane.

So, what should you actually do to get yourself down?

According to Andy Walshe, cofounder of the Liminal Collective, a group dedicated to increasing human performance, you should stop trying to overcome your fear and start trying to get more comfortable with it.

Walshe maintains that a small amount of fear actually improves your performance, while a lot of fear paralyzes you or at the very least inhibits you from reaching your potential.

Walshe calls it the “performance-arousal index,” a salacious-sounding name for a data-driven bell curve that graphs an athlete’s performance with his or her level of fear. The zone when you’re at your best is when nerves are heightened—but not jangled—because it’s when you’re most focused and alert. Walshe believes this zone to be malleable, and for years he has trained Red Bull athletes to push their curve farther along that “arousal” line by doing things that grip them—like crawling through a box of snakes or performing stand-up comedy to a crowd. The idea is that the more comfortable they are with fear, the better they can perform in terrifying situations like, say, jumping out of an airplane in a wing suit. “The lessons transfer, and you can practice them in multiple different scenarios,” he said.

Of course, most of us don’t have a box of snakes—or a tame bear, as he uses on occasion—at our disposal. For regular skiers, he suggests continually exposing yourself to slopes that are just above your skill level.

“Get yourself in situations that are just a little bit beyond your capabilities, and practice in that space. But don’t pick something so far past your skill level that you’re not able to function and you get hurt,” he said.

Jen Scott, who’s been an instructor at Alta for 25 years, uses this technique with the women she instructs. She pushes them just enough—but not so much that they become paralyzed. “If someone experiences the fight or flight response, it’s my fault because I’ve over-terrained them,” she said, laughing.

She said that challenging yourself in small increments is important because your body’s physiological response to fear is involuntary, and therefore impossible to muscle through or overcome in the moment. “When you have that adrenaline release, you just have to wait it out,” she said.

In the event you do push yourself too far, she suggests to stand still and—you guessed it—breathe deeply. Deep breaths send a signal to your brain to calm down, and even if you can’t feel it right away, it slows down your heart rate and unclenches your muscles. Scott also makes sure she is within close proximity to her clients in the event that they become terrified, because “the closer I am the more they trust me.”

Trust is a key component in her coaching, she said, particularly in her all-women groups, which is why she also recommends signing up for a women’s camp. “Building trust is the link to get women to do things that are scary,” she said. “I know they have to skills to do something, and, because they trust you, they believe in themselves.”

A women’s camp is a great way to push through your fear to a higher level of performance. Jen Scott runs some of the best in skidom at the Alta Lodge. The multiday immersion camps include lodging and meals, with experienced instructors from Alta’s Alf Engen Ski School. Three camps accommodate every level, from intermediates on up.

This brings up the question: Are women more fearful than men?

There is research that suggests boys’ brains (like everything else) mature slightly slower than girls’, which may mean that “boys do stupid things for longer,” laughed Walshe. There are also statistics that back up the old adage that the only thing that makes you safer in avalanche terrain is having a woman with you. (According to a study by the Colorado Avalanche Information Center that tracked all avalanche fatalities from 1951–2013, the ratio of men to women victims remained at a constant 86 percent over the course of the study. Though the gender ratio of backcountry riders is certainly skewed male, more women have been going into the backcountry than ever before, which suggests that the fatality rate for women is actually decreasing.)

According to Scott, women operate more in the emotional sphere, which makes them more connected to their own fears as well as others’, and they also rely more on finesse than strength, which may ultimately make them more sensitive to their environment in general. “Even women who are really good skiers tend to err on the side of caution.” 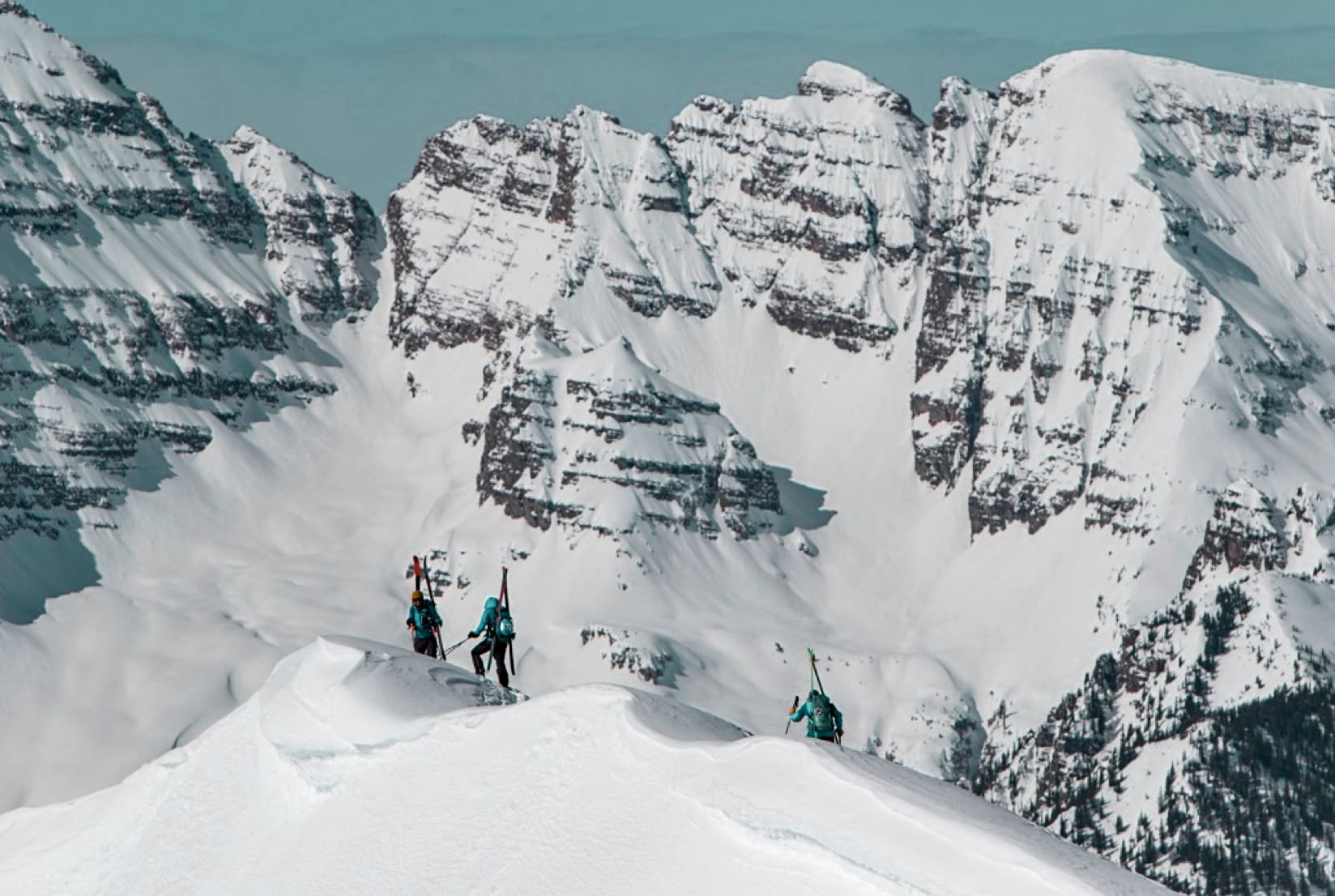 On the other hand, Walshe, who’s worked with countless male and female athletes on the elite level, said he has seen zero evidence that fear is gender-based. The only conclusion he can draw, he said, is that fear is a highly personalized response. “Fear is an ancient system that resides in the human DNA, but with respect to how we respond to it, everyone has a different driver and different reactions,” he said.

Caite Zeliff, former ski racer, big mountain skier, and 2018 & 2019 Queen of Corbet’s, is a good example of the kind of athletes Walshe trains every day, and when it comes to her own fear, she agreed with him that her gender has nothing to do with it. “People are hardwired differently,” she said. “I have never felt fear in a way that’s paralyzing to me. I never want to ignore it, because those gut instincts keep you alive, but I like to go fast in any way. I like that thrill so much that my friends joke that my fear receptors are broken.”

On the occasions her nerves do spike, which usually happens before a big mountain competition or before skiing a huge line or cliff, she practices many of the strategies both Walshe and Scott coach. “Fear is just an emotion, like jealousy or sadness,” she said. “I’ll take some time to breathe through it, or I’ll think about the butterflies in my stomach flying in a circle. I can control it.”